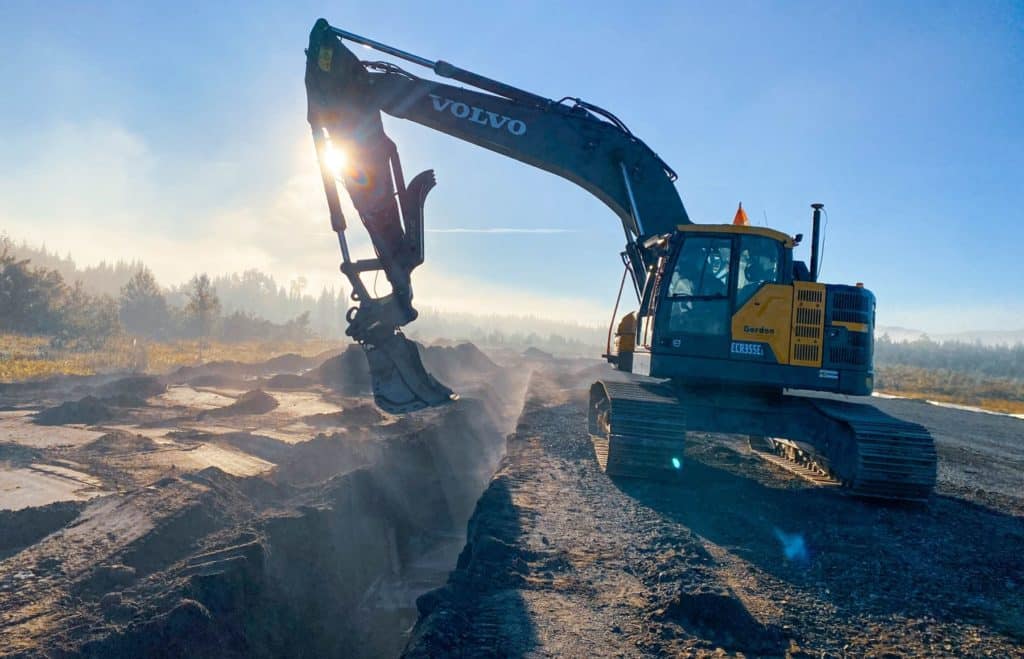 A Community Mobilizes in Support of a Runway Expansion

The unlikely catalyst for the ongoing Runway 13-31 extension project at Newton Field in Jackman, Maine can be directly traced to an announcement by the Penobscot Community Health Care (PCHC) in May 2017. That announcement stated that due to a lack of revenue, MaineGeneral Health (MGH) would be closing their nursing home and end management of overnight emergency and urgent care services in Jackman. The impact of that closure meant that the local emergency medical support services for the northern Maine region would be down to the one full-time physician in town and limited weekday service hours provided by the Jackman Community Health Center.

Jackman town officials and residents understood the broader implications to the community of MGH’s decision and immediately held a special public hearing to discuss their options. Approximately 150 attendees, including residents from nearby communities, business owners, and public officials, attended the meeting and expressed concern about the limited medical options remaining for the rural communities in the Moose River area.

Adding to these apprehensions, the Town realized they had few feasible options to address this critical lack of medical services. MGH was forced to close due to lack of revenue, thus, establishing any new in-town medical facility would be difficult. Funding was also unavailable to provide additional staff and training for an all-volunteer EMT crew from Jackman. Creation of an official route to seek nearby medical services across the international border, which are technically located closer to Jackman than Skowhegan or Greenville, would be unprecedented and logistically challenging. The most feasible option was to establish a reliable and time-efficient method of patient transport to the following trauma centers: Eastern Maine Medical Center in Bangor or Maine Medical Center in Portland. It was at this point during the meeting that the interim Jackman town manager and the director of LifeFlight of Maine reminded the community that as a public asset, the airport had the capacity to play a greater part in regional emergency and health services.

LifeFlight of Maine was already providing critical aeromedical services from Jackman to Redington-Fairview Hospital in Skowhegan during warmer temperatures via helicopter. In the winter however, without anti-ice systems, the helicopter is not equipped to fly in freezing precipitation. LifeFlight does operate a King Air B200 fixed wing aircraft with a certification for flight in known icing conditions and can be used for emergency medical transport in specific winter conditions. The King Air B200 seemed like the logical solution to serve this rural community with a direct need for medical support. There remained, however, one problem: In order for the King Air to operate out of Jackman, the airport would need to widen, extend, and rehabilitate the existing Runway 13-31 pavement surface.

The Airport turned to the aviation experts at Hoyle Tanner to assist them to first identify and then secure the funding necessary to complete the needed runway improvements. The initial project development step required an Airport Master Plan Update. The emphasis of this planning effort was on examining and documenting regional medical and socio-economic conditions along with evaluating runway length requirements to support Lifeflight of Maine fixed wing aeromedical flights. The master plan would include environmentally and financially feasible runway alternatives that would be examined in more detail in subsequent National Environmental Policy Act (NEPA) and state/federal permitting efforts. Another major component of a master plan is public outreach. Public involvement has its greatest impact during the early stages of the planning process. With this in mind, the Town advertised that the public could initially provide input during the airport master plan update scoping meeting. The Town held another public meeting to kick off the master plan update process. During this meeting, preliminary runway alternatives were shared, and the public demonstrated overwhelming support both at the meeting and through letters of support. Ultimately the master plan update recommended a series of short-term Capital Improvement Projects (CIPs) necessary to support the dimensions and configuration that would meet current FAA design standards for B-II runways and would be able to be used by LifeFlight’s airplane.

A Plan in Action

The first short term CIP project proposed for 2019 included an Environmental Assessment (EA) and permitting for the runway expansion. After review of the EA and upon receiving a Finding of No Significant Impact (FONSI) from FAA, the Jackman Board of Selectmen voted unanimously to move ahead with widening, extending, and rehabilitating Runway 13-31 from its current 60-foot-wide, 2,900-foot-long to 75-feet-wide by 3,600-feet-long to permit LifeFlight of Maine’s B-200 fixed wing aircraft to safely access the field.

The 2020-21 obstruction removal phases included Land or Easement Acquisition of all, or a portion of property located on the Runway 31 end to acquire rights to access and removal of tree obstructions to the proposed runway approaches. Hoyle Tanner’s in-house drone team collected and analyzed drone-captured imagery to identify trees to be selectively cut to create unobstructed navigable airspace for arriving and departing aircraft in the proposed new runway configuration.

The humble roots of this project can be traced back to an announcement made in spring 2017. Now four years later with funding from FAA and MaineDOT, as well as tremendous community support, construction is under way at Newton Field. When construction is complete this fall, the northern Maine region will have a runway whose width, length and pavement strength support lifesaving aeromedical flights.

Jean works closely with our aviation clients to identify the necessary the infrastructure improvements and alternative funding sources needed to address innovative industry trends. As a senior project engineer, she has over 30 years’ experience in the design, environmental permitting and construction of a variety of infrastructure improvement projects at both general aviation and commercial service airports throughout New England.