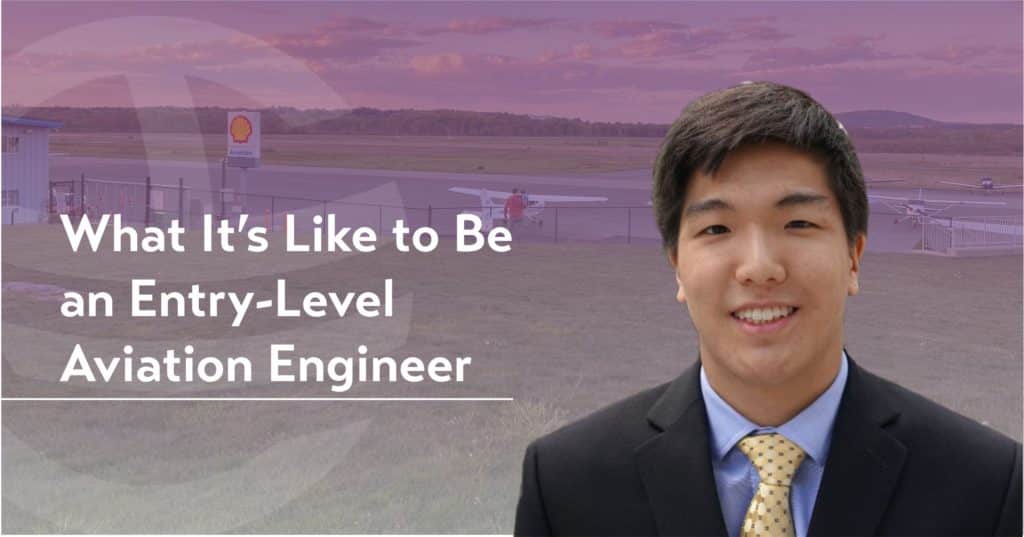 What It’s Like to Be an Entry-Level Aviation Engineer

As a new aviation engineer, I experience a good mix of both office and fieldwork. The beauty of the job is being heavily involved in the design process of a project and then seeing the project develop in real life.

I have the opportunity to travel to new places and go sightseeing. In the past six months, I visited 22 airports across New England. Out of all the states in New England, I’d say Massachusetts had the best airports to work on. I got the chance to work at Provincetown Municipal Airport at the tip of Cape Cod and Martha’s Vineyard Airport. Working at the Nantucket Memorial Airport, I was able to see the beach from the runway.

Massachusetts’s airports varied a lot in size. Some airports were located in residential areas and only took light aircraft, whereas others were located in business districts and took commercial airlines. On these airports, I conducted PCI inspections alongside another engineer. We looked for pavement distresses such as fatigue cracking, weathering, and rutting on the runways, taxiways, and aprons. With this information, we developed a pavement maintenance plan to determine which pavement sections were a priority in fixing. Among the 22 airports, one of them was a joint civil-military airport. Westfield-Barnes Regional Airport, also known as Barnes Air National Guard Base, had F-15 aircrafts while I was there. Being so close to the runway, it was a very cool sight to see the F-15s taking off and landing.

As for entering the field during a pandemic, there was nothing different from pre-pandemic times other than wearing a mask. Each state varied with its regulations and protocols, but the mask mandate was common for all states.

My work experience across the New England airports has made me grow a lot as an engineer. I have dealt with various projects ranging from fence relocation projects to runway extension projects. It was a plus to work near tourist destinations such as the mountains in Maine or the beaches on Cape Cod.

Robert Moon is an Aviation Engineer for the Aviation Services Group working out of the Portsmouth, New Hampshire office after working in the Manchester, New Hampshire office. He graduated from the University of New Hampshire with a Bachelor of Science in Civil Engineering. Robert focuses on airport projects throughout New England. During the summers, you can find him either fishing or swimming and during the winters, you can find him playing pond hockey with his little brother.