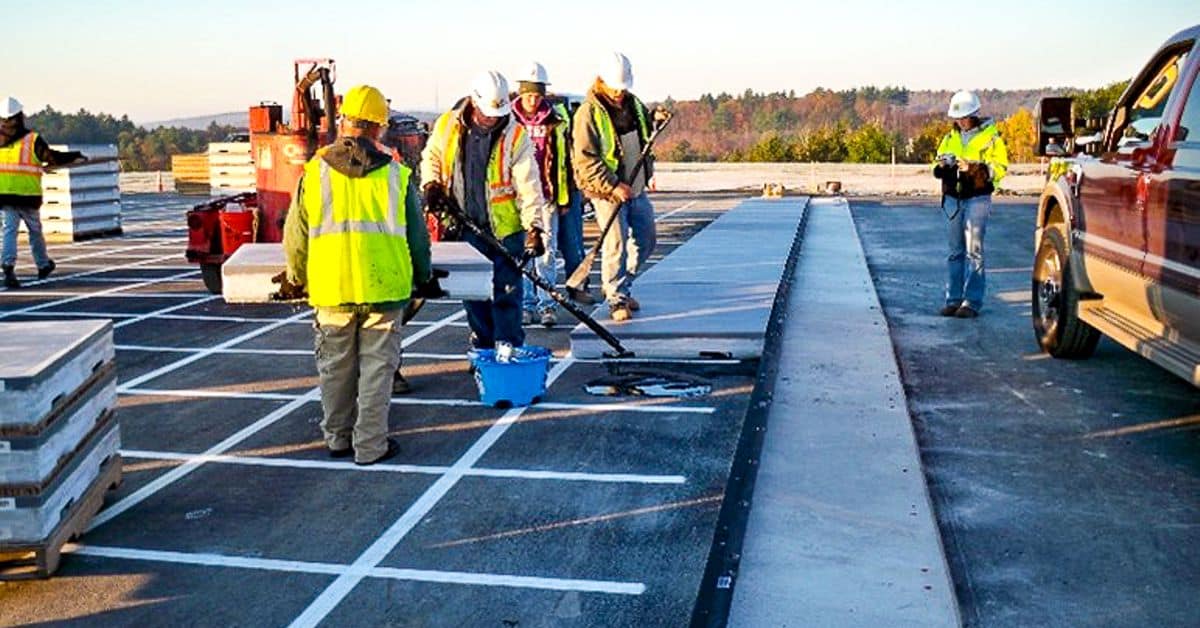 Airport safety may bring to mind images of TSA checkpoints and marshallers directing aircraft in the right position on the ramp. Although these are some of the more noticeable measures critical for safe air travel, airport engineers also make a vital contribution to air travel safety that may be less apparent but equally as important. Part of our role is to design and oversee the construction of the runway pavement and all the associated lighting and pavement marking that pilots rely on for each takeoff and landing.

Each airport has its own runway and taxiway network, but design standards have been established to prioritize safety for all the traveling public. Safety measures are determined by the Federal Aviation Administration (FAA) and applied industry-wide at all airports in the county. FAA publishes what are known as Advisory Circulars which dictate how an airport should be designed and how it should operate. Everything FAA does is in the name of safety, and this governing body’s diligence is why the United States has the safest aviation industry in the world.

What makes up the Runway

Many things can affect the safety of a runway, so let’s first start with pavement as the most obvious component.

The biggest danger is what’s on the runway itself – anything aside from the paved surface is called Foreign Object Debris (FOD). It could be a rock or a dislodged chunk of pavement sitting on the runway that can cause incredible damage to an aircraft. Even small debris can get sucked up into a jet engine or hit a wing, leading to expensive repairs or worse – an accident. That is why you’ll notice airport pavements are much cleaner than your typically roadway. All airports have formal inspection programs that include FOD removal.

You may also notice that in the winter, airports don’t salt their runways the way roadways do. This is because planes are made primarily of aluminum; salt and aluminum do not mix. Airports instead rely on plows and brooms to keep the pavement as clean as possible before ice has a chance to form. Some airports in the northern parts of the country will also supplement their snow removal program with glycol applications.

How the Pilot Knows Where to Land

Pilots are confident that as they prepare for the plane’s descent, the pavement awaiting them is clear and strong enough to support the weight of the aircraft. But with all the pavement at an airport, how does that pilot know exactly where to touchdown? This is where the airport engineer’s design of navigational aids (NAVAIDS), pavement markings (paint), signage and lighting contributes to runway safety.

One type of marking is a hold line with a surface painted hold sign, which is painted on a taxiway pavement leading onto a runway. This keeps the pilot from getting too close to a runway before they are cleared for takeoff. It’s like a stop sign before pilot gets permission to cross onto the runway. To maintain a safe and orderly movement of aircraft once they exit the runway, taxiway networks also have yellow centerlines that guide the pilot to their destination whether it is a runway, terminal building or hangar.

Many airports also have non-movement lines. On one side of a non-movement line, aircraft and ground vehicles can drive where they need to, and on the other side of the line, operators must get permission from the air traffic control tower (aircraft always have right of way over ground vehicles). This is true of commercial service airports; and for smaller airports, people rely on radios to communicate planes landing/taking off. FAA continually reviews the Airfield Marking Advisory Circular to incorporate design standards that will improve safety.

Lighting and signage is another component of runway safety. While a passenger may look out their window and see a runway flagged with glowing lights and signs as a spectacle, these lights and signs have different placements and colors to indicate to a pilot where to land, how much runway is left or their location on the airfield. For example, there are geographic position signs that tell an aircraft where they are on an airport, especially useful during low visibility conditions, such as fog or heavy rain. While FAA establishes which lights and signs to use for what purposes, our job as airport engineers is to work those lights and signs into the design and planning of the runway. We design the lights and signs to be in the correct locations, and indicate which color and types of lights, the size of the sign and then we coordinate with the electrical engineer for installation.

As good as pavement markings, lights, signs and tower control may be, there is still the need for visual separation. In most cases, the runway and taxiway areas are not just an expanse of pavement; they very often have grass or some other visual separation between the aircraft movement areas.

This is purposeful; we design airports to have grassy areas as a way to provide another form of visual separation for pilots. These grassy areas have the added benefit of providing a place to incorporate our drainage design to remove potential hazardous rain and snow melt away from pavement area.

How we Maintain Safety

There is a lot that goes into airport and runway safety. FAA has an entire research facility in Atlantic City, New Jersey where professionals test and implement new ways of keeping airports safe. FAA also completes annual inspections at commercial service airports to confirm, in part, the condition of pavement, markings, lighting, signs, abutting shoulders, and safety areas; watch ground vehicle operations; ensure the public is protected against inadvertent entry and jet or propeller blast; check for the presence of any wildlife; check the traffic and wind direction indicators.

At Hoyle Tanner, our airport engineering professionals are committed to incorporating the most current FAA design standards outlined in the agency’s Advisory Circulars in each of our airfield improvement projects. Our proven experience in the aviation industry allows us to tailor valued solutions to meet the safety and security requirements, design challenges, funding procedures and time sensitive needs of each airport we service.  Want to learn more about safety practices and FAA? Contact me.