Many bridges throughout New Hampshire have been damaged or washed away due to large storms over the past two decades. Fortunately, funding from NHDOT’s Municipally-Managed State Bridge Aid Program allowed the Town of Gilmanton to upgrade two pieces of aging infrastructure ahead of this fate. The bridge replacements will greatly reduce the chances of flooding on the Stage Road Bridge over Nighthawk Hollow Brook and bank erosion on the Stage Road Bridge over Unnamed Brook.

The previous bridge crossing at Nighthawk Hollow Brook was comprised of steel beams with a concrete deck. Originally built in 1930 and rehabilitated in 1960, the bridge was undersized to convey water flow, which would cause frequent roadway flooding by over a foot. A hydraulic analysis of the bridge revealed that to prevent future flooding, the roadway should be raised by several feet and the bridge span should increase. Less than a mile to the south is the bridge at Unnamed Brook crossing, which was also built in 1930. The supporting earth was washed away around the existing bridge because of ponding on the roadway and poor drainage. Hoyle, Tanner partnered with the Town to design both replacement structures, obtain necessary regulatory agencies’ permits, and administer the construction phase.

The design of a new 54-foot span bridge over Nighthawk Hollow Brook was completed in late 2018. In order to prevent reoccurring roadway flooding, the roadway profile was raised over 3 feet. This raise required extending the roadway work to still meet the design speed requirements and to decrease ponding on the road before the bridge. The bridge span was also increased from 25’ to 54’, allowing a larger hydraulic opening for the Nighthawk Hollow Brook to pass through.

The design of the Unnamed Brook crossing, a 22’ span precast concrete rigid frame, was also completed in late 2018. To combat poor roadway drainage, a 6.4% superelevation was used across the bridge and approach roadway. This allows water during a storm to quickly run off the roadway and to the side slopes, which are armored with large stones to prevent erosion. Two catch basins were also included as a part of the design in areas where stormwater could not run off the road quickly.

Complexity of Criteria or Unique Problems 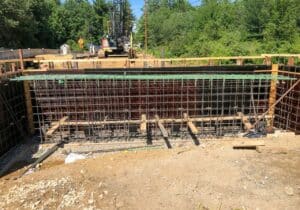 Construction commenced May 2019 with the installation of a temporary bridge at the Nighthawk Hollow Brook crossing, and a detour at the Unnamed Brook crossing. Maintaining traffic between the two crossings became critical with increased summer traffic, including traffic from the local boys camp on Upper Suncook Lake. This challenge, along with maintaining access to a side road nearby, was met with ease due to complex light signaling at the temporary bridge. Another major challenge was raising the road at the Nighthawk Hollow Brook crossing by several feet while preserving traffic flow. The contractor’s team accomplished this task in just over two weeks using multiple construction teams and various lane shifting with minimal interruptions to traffic. 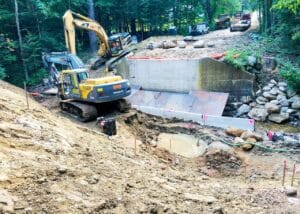 At Unnamed Brook, the biggest challenge to the contractor was the deep excavation area and numerous storms during construction. The design  required an excavation depth of over 20’, including about 5’ of bedrock excavation. This proved challenging with the limited area for construction equipment, and the varying elevation of the top of bedrock, but was completed successfully with the right techniques and equipment. Because most of the work at Unnamed Brook was completed in the late summer and fall 2019, the project was hit with numerous unexpected storms that would flood the project site. This problem was resolved through increased water diversion measures including additional pumps.

Innovative Application of New or Existing Materials or Techniques

Due to weak soil conditions revealed during the subsurface exploration at the Nighthawk Hollow Brook, pile supported foundations were designed. This technique minimized the depth of excavation for the concrete abutment caps and provided adequate capacity for the superstructure dead and live loads. Another technique that was used at both bridges was delaying the placement of the final course of pavement until spring 2020 to allow for long term settlement of the roadway approaches to occur due to the poor soil conditions under the new roadway materials.

Both bridges were reopened to traffic in November 2019, providing sufficient waterway openings and drainage improvements to greatly reduce the potential for future flooding damage. Both projects were substantially completed and under budget with minor cleanup work and final paving scheduled for late spring 2020. The Town’s goals for these projects were met with the design of two low-maintenance bridges with a long service life, and improved water flow and drainage, while successfully addressing environmental permitting requirements. 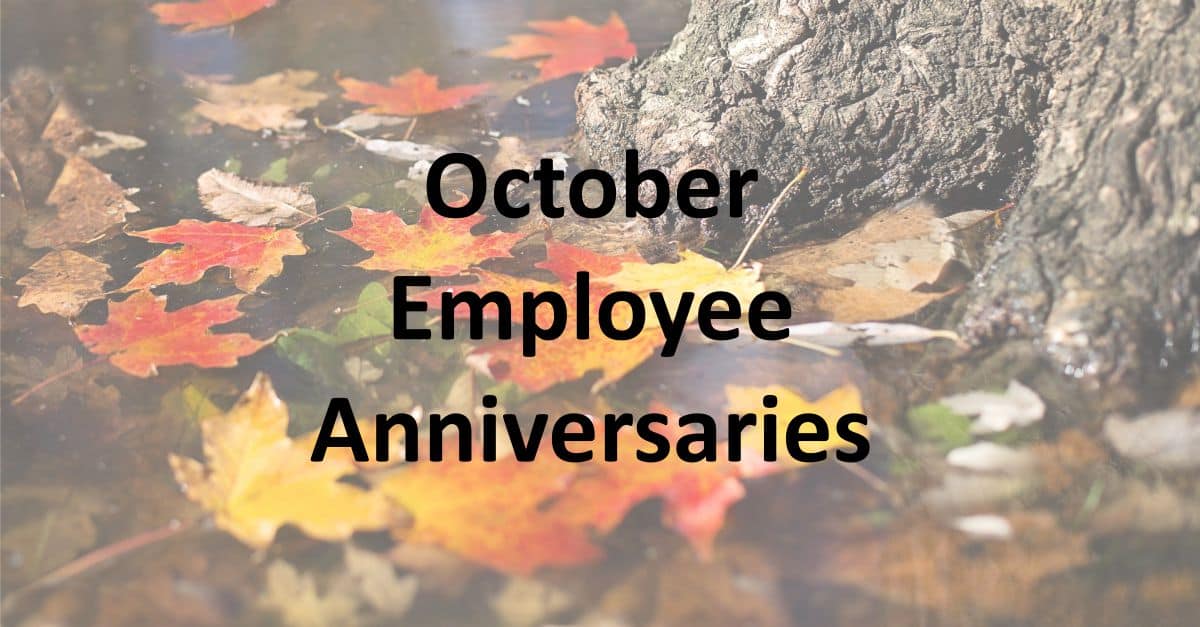 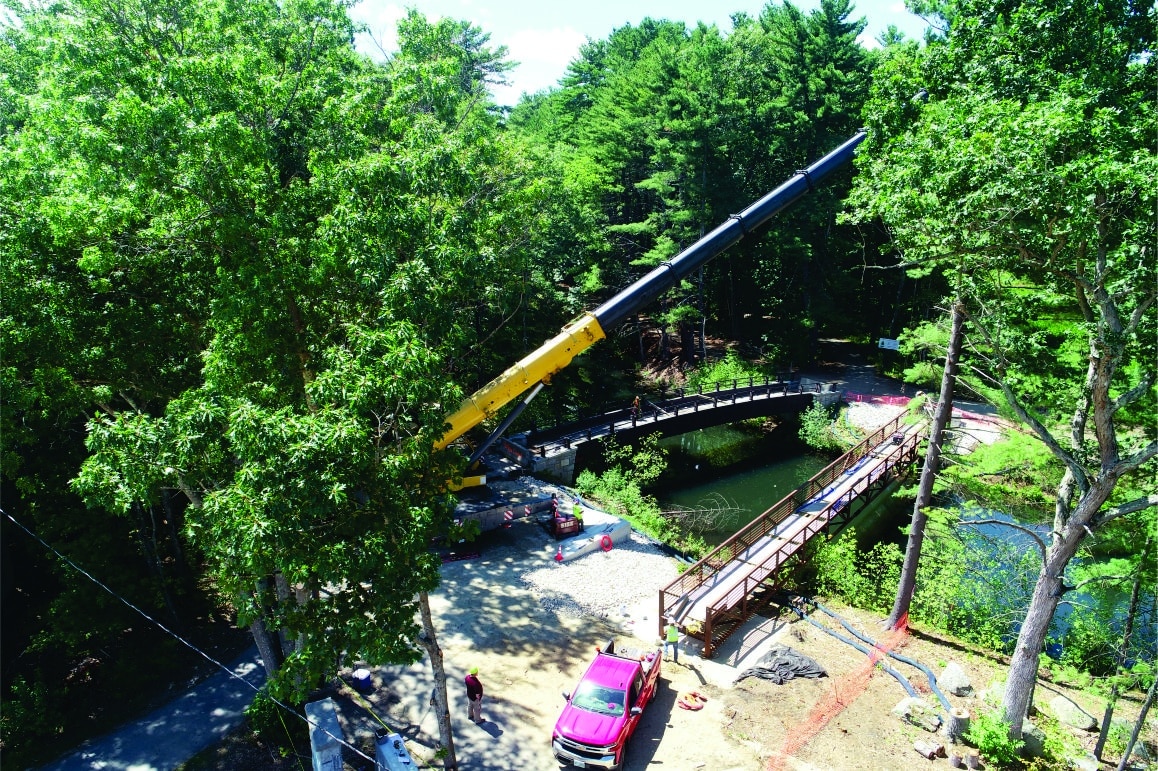 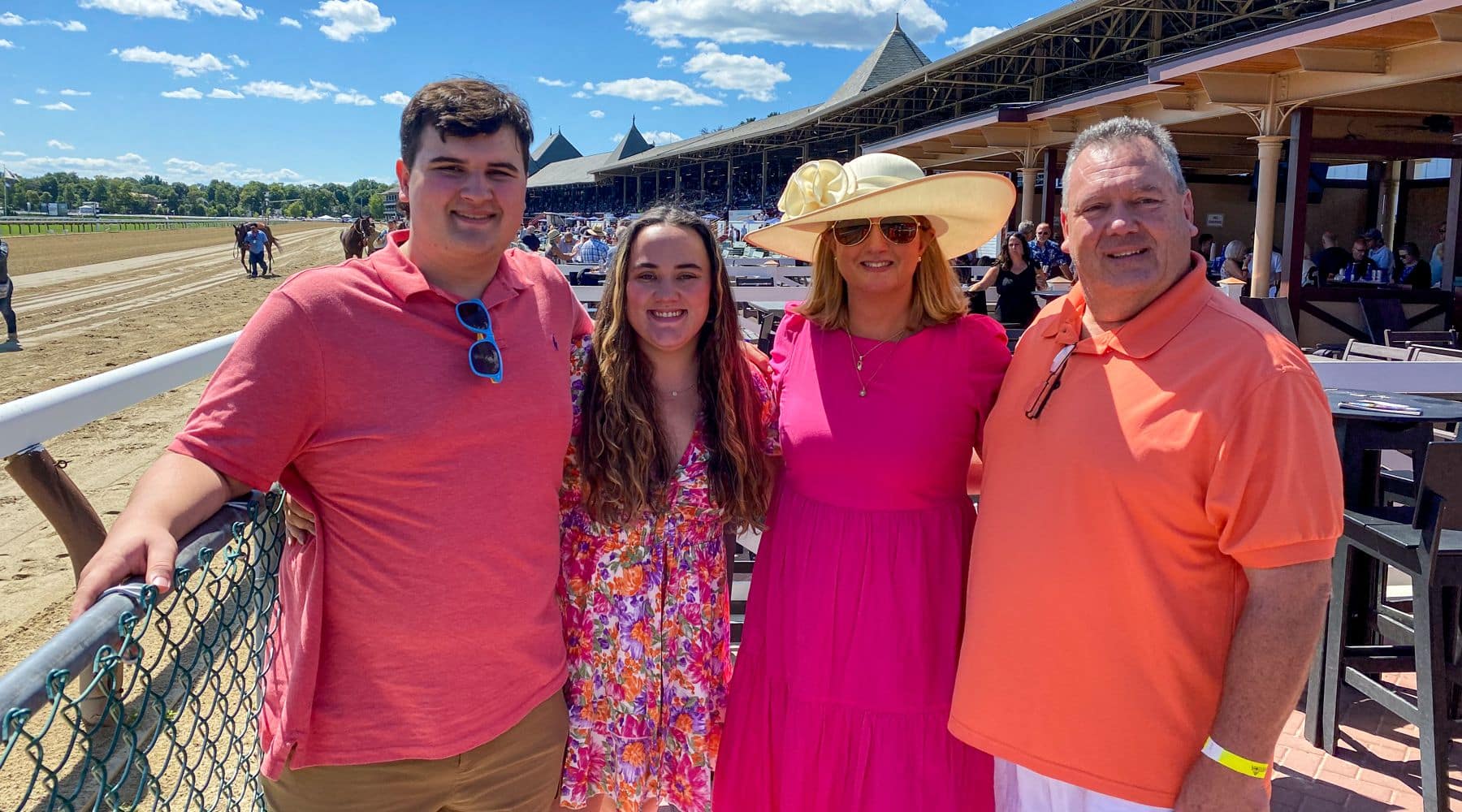