Before the winter, the City of Rochester unveiled the new-and-improved pedestrian bridge to the public. Resting over the Cocheco River, the Dewey Street Pedestrian Bridge is an essential access-way for both students traveling between Spaulding High School and the Dewey Street Community, and those walking or biking through Hanson Pines.

The current bridge is a single-span, 200’ long steel bridge. A single-span bridge is more cost-effective than the previous bridge, which had five spans. An important factor in bridge replacement was to have minimal impact on the surrounding environment. According to the local conservation commission, the single-span feature was an important aspect to help protect nearby fish and game.

The previous bridge was severely deteriorated and at the end of its service life, but the new bridge is founded on durable and pile-supported, cast-in-place concrete abutments. It has been strategically designed for a life expectancy of over 75 years.

Hoyle, Tanner has added the Dewey Street Pedestrian Bridge to the distinguished list of more than 15 pedestrian bridges for communities throughout New Hampshire and Maine. 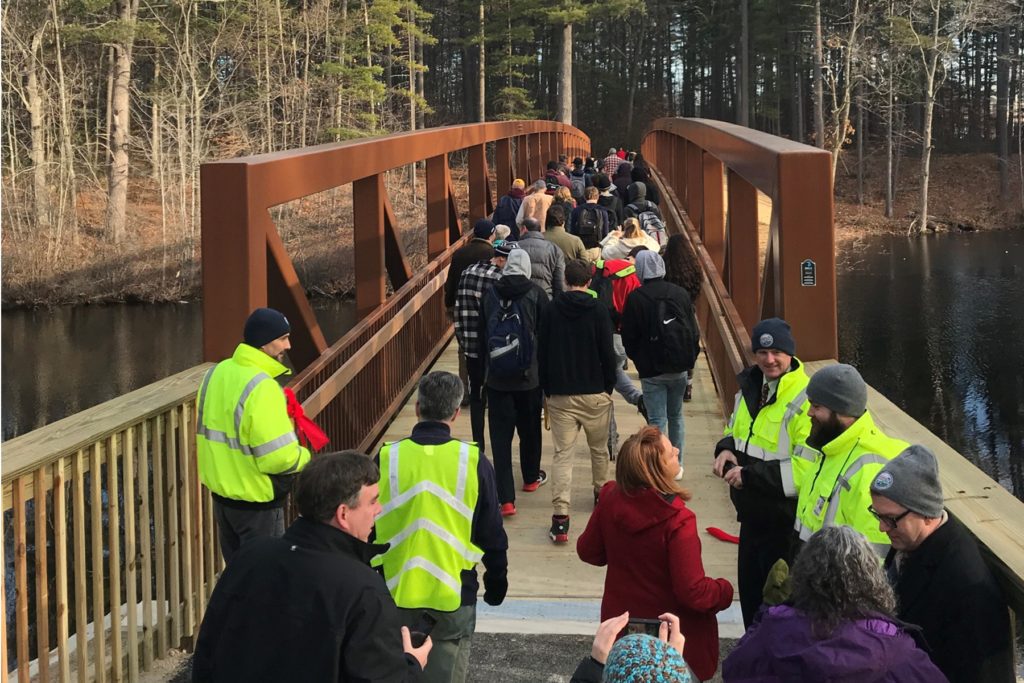