New Bridge Comes in Under-Budget & Ahead of Schedule

Two undersized and structurally deficient culverts previously restricted the flow of Taylor Brook passing under North Shore Road and constantly caused roadway flooding until they were replaced with a precast concrete twin-cell box culvert this summer. Our bridge engineers provided both design and construction inspection services for the Town of Derry, seeing this project through start to finish. In late August 2020, the road was reopened to traffic, and the Town’s goal of replacing the culverts with a new bridge before the school opened was met.

Through a hydrologic and hydraulic study completed by Hoyle, Tanner, the existing corrugated metal pipe and reinforced concrete pipe carrying Taylor Brook to Island Pond in Derry were found to be insufficient to pass the 50- and 100-year storm flows, allowing the roadway to consistently flood in the spring time.

In addition, it was found that the culverts were deteriorating and starting to deform due to advanced rusting of the invert. Stone masonry headwalls were also failing, and sinkholes were starting to develop. To minimize costs and disturbance to the surrounding abutters and environment, a twin-cell precast concrete box culvert was proposed to meet the 30’ span requirements using two 15’ spans. Any other structure type at this span length would have increased costs, construction duration, and disturbance to the close proximity of the abutting homes and driveways.

During construction of the box culvert, the Town of Derry requested to limit the road closure time as much as possible due to the heavy traffic volume and lengthy detour. In addition to using a precast concrete structure to shorten the duration of the closure, Hoyle, Tanner coordinated with the utility companies to temporarily shut off the overhead power lines, allowing the contractor to focus their full attention on the structure. The contractor chose to start the project a few weeks after the scheduled start date because they were confident they could complete the project in a shorter amount of time and be able to open the road to all traffic before the school started.

Even with a delayed start, the project was completed under budget and one week ahead of schedule. In the end, the Town received a low-maintenance bridge with a long service life that can sustain the flows of a 100-year storm, while minimizing disturbance to the environment and abutters. 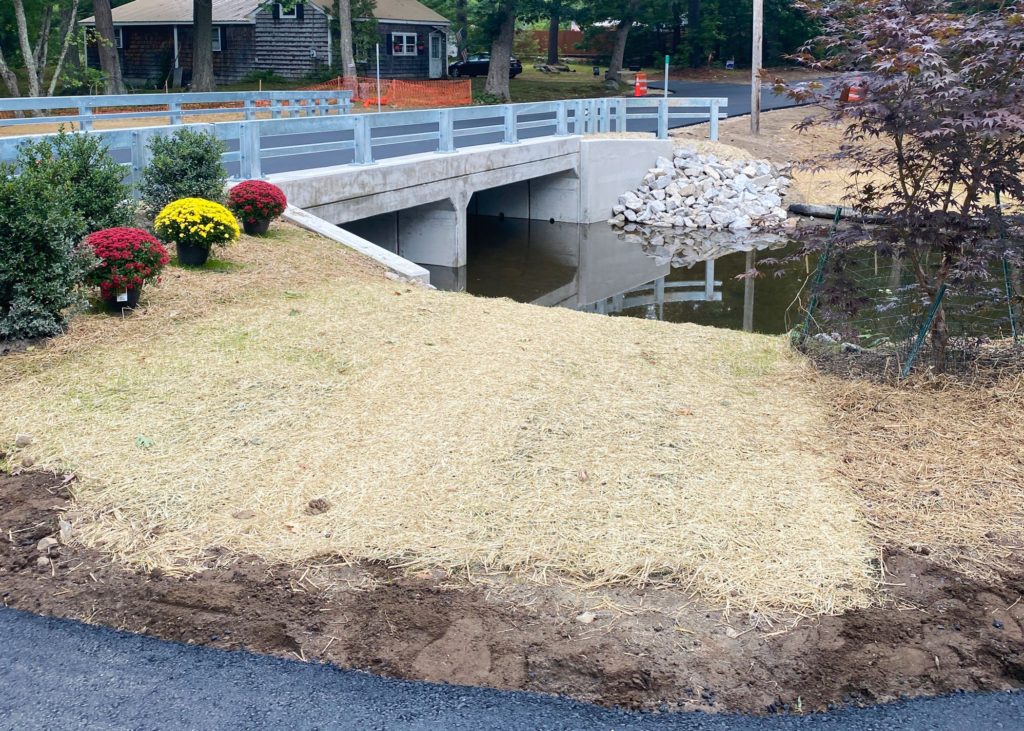