Josif, a Senior Structural Engineer at Hoyle, Tanner & Associates, Inc. has been selected as the 2014 Young Engineer of the Year by a jury of his peers from New Hampshire’s engineering societies.

Josif’s professional experience spans 10 years in the design, rehabilitation and inspection of numerous steel and concrete bridges as well as covered bridges. He has served as a structural design engineer, construction inspector and construction administrator on bridge projects for NHDOT, MassDOT, VTrans and NYSDOT and has extensive experience and familiarity with the latest load resistance factor design methods.

While Josif has extensive experience with all typical bridge types, he has become a leading technical authority on covered bridges having provided inspection, design, analysis or construction inspection for 13 covered bridges. He has shared this knowledge with the engineering community and general public through 5 presentations to date on the subject at local and national conferences.

Josif’s personal story began in Albania; in 1997 his parents immigrated to the United “to provide a better life for their family.” Josif was 16 at the time and spoke little English. He was an honor student in Albania and continued to excel academically at Manchester Central High School while adjusting to a new country and learning a new language.

Understanding the challenges of moving to a new country, Josif has used his knowledge and experiences over the years to assist others with their transition. He has volunteered his time by assisting with job searches, translating and even providing transportation when needed.

After immigrating, Josif made regular trips to back Albania to visit relatives. He continued a relationship with his future wife Poli who later joined Josif in New Hampshire. Josif and his wife Poli reside in Manchester, NH with their two daughters Olivia and Elena. He is a devoted father and often spends his evenings ‘engineering’ dollhouses or other toys for his girls. 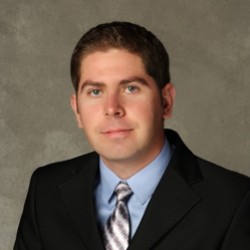