Hoyle, Tanner’s desalination project for the Swansea Water District was recently nominated as the “Desalination Plant of the Year” at the Global Water Summit, the major business conference for the water industry worldwide. Although the project came in third (after projects in Israel and Dubai), it was the only such plant nominated from the US. Robert Marquis, Superintendent of the District traveled to Paris to accept the award at the conference in April 2014. Hoyle, Tanner was program manager for the Swansea desalination project and designed the project partnered with HDR Engineering. 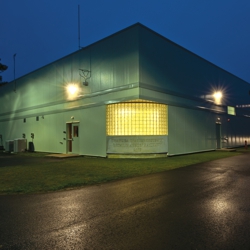