Frank Wells, a 42-year veteran of Hoyle, Tanner, says that if he can’t get fully involved in something, he’s not really interested in doing it, and with the Chamber’s nearly 800 business members there should be ample opportunity for high level involvement. That’s how he has found himself stepping into the new role as Chairman of the Greater Manchester Chamber of Commerce Board of Directors where he’s been serving on committees and boards since 1997.

Frank will serve as Board Chair for a two-year term that began in mid-February. While this position may be new, it’s another leadership positions for Frank who is currently serving as Managing Director and Chairman of Hoyle, Tanner’s Board of Directors, as well as Chairman of the Chambers’ Education and Workforce Development Committee, immediate past-chair of the Chambers’ Executive Committee, and current Chairman of the UNH Manchester College Advisory Board.

“As Chairman, of the Chamber I will continue to advance the priorities set forth in the Chambers’ Strategic Plan,” Frank said. The Chamber’s strategic goals fall into four categories: Economic Development, Education and Workforce Development, Transportation and Infrastructure, and Strengthening the Chamber. “Manchester, as the States’ largest city, is well positioned to serve as a magnet for attracting talent to the area, thereby enhancing the City’s image and reputation. While Manchester’s industrial legacy is very much in evidence from my 5th floor office window, the Millyard is now serving as an innovation hub and home to many professional companies, educational institutions and advanced research facilities,” Frank said.

Being part of the Chamber’s leadership team also presents an opportunity for Hoyle, Tanner to be more widely recognized as a prominent business. “We will have numerous interactions with businesses not routinely encountered during the course of our core engineering activities. It’s especially gratifying to know that I follow John Tanner as Chairman of Hoyle, Tanner and Chairman of the Chamber,” Frank said. 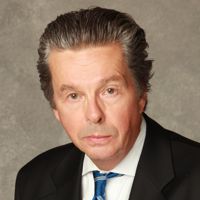