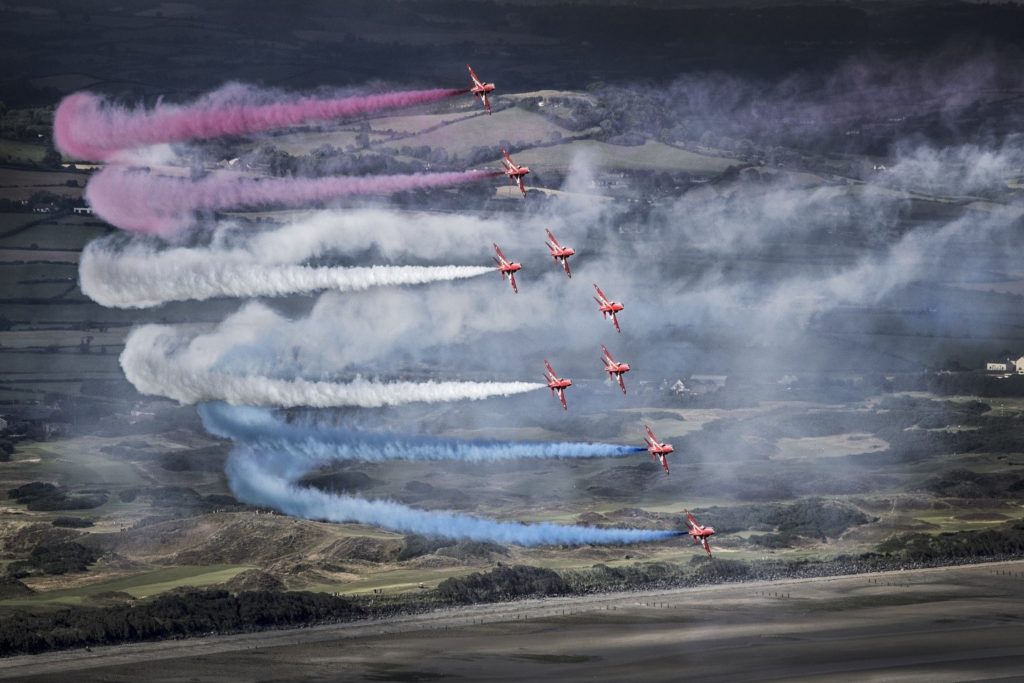 How has Hoyle, Tanner and the Aviation Industry Changed over the Last 45 Years?

In 1903 the first manned flight lasted 12 seconds and went for 120 feet. Today, unmanned aerial vehicles, more commonly known as drones, can stay airborne for up to 30 minutes and have a maximum range of 34 miles. August 19th is National Aviation Day, and it has us reflecting on how far the aviation industry has come since that first flight in 1903 and how our company has transformed along with it.

OPENING THE DOORS to the SKYWAYS

Forty-five years ago in 1973, Doug Hoyle and John Tanner formed Hoyle, Tanner. They began their firm providing only aviation and environmental engineering services. Today, Hoyle, Tanner has expanded into multiple engineering disciplines, with over 100 employees. One of our firm’s early major milestones in our aviation engineering service capabilities occurred in 1986 when Hoyle, Tanner was selected to prepare the Master Plan for Ellington Field in Houston, Texas. Ellington Field needed to maintain its role as a base for military and NASA operations, but at the same time become an airport for the public. Careful planning and diligent efforts were made to please those involved. In the end, the Master Plan was completed on schedule and rolled out to the public in 1987; the City had a new airport. Commercial, corporate, military and private interests were better served, and there was an expectation for an up-tick in regional economic activity. Hoyle, Tanner’s Airport Master Plan for this airport was ultimately used as a guide to implement a comprehensive program to plan and upgrade the former military base to meet its new civilian status.

Historically, aeronautics has evolved alongside technology. For approximately the first 20 years of the company’s history, our aviation design engineers and draftsman worked together to illustrate airfield improvement project designs on polyester drafting film known as Mylar. This was a labor-intensive process that could be compounded when considering alternative design scenarios. In the early 1990s, Hoyle, Tanner began using engineering design and drafting software. The incorporation of Autodesk Land Desktop allowed for increased accuracy, a more efficient design process, and the development of a product that can be more easily used to engage the public.

TERROR IN THE SKYS

A major shift in the aviation industry occurred following the 2001 terror attacks. Prior to the attacks, you could follow your loved ones to the gate to see them off on their journey. Today all those good-byes happen before security check points. Two months after the attacks, on November 19th, Congress federalized airport security by passing the Aviation and Transportation Security Act. This security measure and others, such as body scans and shoe removal, were an effort to protect the safety of the traveling public. On a more practical note, cell phone and laptop charging stations have become the norm in every terminal to accommodate the lengthy wait time before, and between flights.

A NEW GENERATION OF EXPLORERS

With the significant decline in pilots and the FAA expansion of regulations, the industry is seeing a drop in commercial airline pilots. The drop is not exclusive to pilots. A recent study by Boeing, projects the need for 790,000 new aviation pilots for the next 20 years. This equals to roughly 108 new pilots every day for the next 20 years. Aviation is not exclusive to pilots. Other careers include: engineering and mechanics, airport operations, and aircraft manufacturing. With several hundred thousand pilots and mechanics retiring over the next decade, the need for the new enthusiasts grows. For the past five years, Hoyle, Tanner has partnered each summer with Aviation Career Education (ACE) Camps to expose the next generation of aviation enthusiasts to the aviation field.

In the 45 years that Hoyle, Tanner has successfully navigated the civil engineering world, we are able to reflect on our roots in appreciation. So much of our success has stemmed from those early days mapping the skyways, and we owe much of our aeronautical achievements to that one milestone: The Master Plan for Ellington Field in Houston.