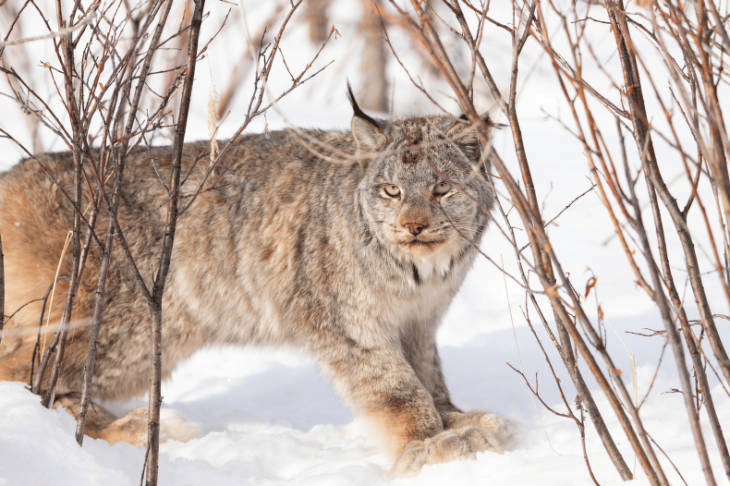 The Endangered Species Act (ESA) was created in 1973 to protect at-risk species and the habitat those species use to complete their life cycles. This important piece of legislation came out of a growing recognition that the impacts from growth and development were having negative effects on the environment. It was issued shortly after the Clean Water Act was passed in 1972, and together these two Acts provide the legal foundation for much of the environmental protection regulations that work to ensure that the many varied ecosystems within the United States remain, or strive to become, healthy, sustainable and well-balanced.

Together these two Acts provide the legal foundation for much of the environmental protection regulations that work to ensure that the many varied ecosystems within the United States remain, or strive to become, healthy, sustainable and well-balanced.

The ESA is administered by the US Fish and Wildlife Service (USFWS) for terrestrial and freshwater species, and the National Marine Fisheries Service (NMFS) for marine species. More information on the ESA, including the list of species currently being protected, as well as “candidate” species, which are those proposed for protection, can be found at: https://www.fws.gov/endangered/species/us-species.html.

Our work on a wide variety of projects across six states and a range of habitats requires us to consult with USFWS and NMFS during project planning to ensure that we adhere to the requirements for species protection where necessary.

To determine potential impacts to environmental resources (including several parameters such as water, air quality, and noise) when we begin planning for a project, we review the project site using USFWS and NMFS online mapping. Online mapping helps to determine if there is habitat for a listed species. Each species that is listed under the ESA has a defined land range that is developed from data regarding current habitat needs for that species and species surveys; the result is that not only are locations where the species currently exist protected, but there is also protection offered in areas where the species could survive if their population numbers were to increase.

Projects in northern Vermont, New Hampshire, and Maine have the potential to be located within the range of the federally-threatened Canada lynx (Lynx canadensis). Canada lynx is a medium-sized cat with long legs, large, well-furred paws, long tufts on the ears, and a short, black-tipped tail. Their long legs and large feet are highly adapted for hunting snowshoe hares (Lepus americana) – their primary prey species – in deep snow conditions. The distribution of lynx in New England is associated with northern forests that are a mix of spruce and balsam fir, among other pine species, some hardwoods such as birch and aspen, and hardwood and softwood trees, such as pine. Lynx are more likely to inhabit landscapes that provide suitable habitat for snowshoe hare populations in regenerating forest environments rather than landscapes with very recent clearcut or partial tree harvests. There are a number of scenarios that may unfold when a project is located within Canada lynx habitat – depending on the size and amount of the project, and how much habitat alteration may occur.

Prior to project inception, we coordinate with USFWS to describe the project and provide details regarding any potential change that may occur to the existing habitat (including tree removal or land clearing and soil excavation). Depending on the amount of potential habitat alteration, we may develop a Biological Assessment to provide to the USFWS. This assessment includes an in-depth analysis of the potential use and value of the habitat within the project area, and helps make a determination of the effect on Canada lynx, both as individuals and as a regional population. Sometimes surveying for lynx within the project area may need to be completed by a wildlife biologist in order to determine if lynx are actively using the land.

If potential habitat exists in the project area but there is a low likelihood of lynx using that habitat, the project may be required to modify the design such that tree removal is limited to the smallest area possible. There may be requirements to complete this clearing at a time when the impact to any potential lynx using the habitat would be the least harmful, such as during seasons when females will not be giving birth. If it is identified that lynx are actively using the project area, then additional coordination with USFWS is necessary to ensure the project will not directly affect those individuals.

We recently completed a Biological Assessment for Canada lynx at the Sugarloaf Regional Airport in Carrabassett Valley, Maine where tree removal within potential lynx habitat was proposed.

We recently completed a Biological Assessment for Canada lynx at the Sugarloaf Regional Airport in Carrabassett Valley, Maine where tree removal within potential lynx habitat was proposed. We worked with USFWS biologists to reduce the potential impacts to this habitat, and any lynx that may be using the area, by strictly limiting the area of tree removal to only that which is necessary to complete this important safety project, to ensure the result will increase the safety of the public using this airport, while also minimizing the risk to Canada lynx.

If you would like to learn more about Canada lynx, or the other species listed under the Endangered Species Act and the steps you can do celebrate Endangered Species Day, check out the USFWS website. Our environmental experts are here to answer your questions and help guide you through the project process while avoiding or minimizing impacts to listed species. Reach out to me and our environmental team will be happy to help.

Kimberly Peace is an environmental consultant who grew up in Ohio and moved to New Hampshire 20 years ago with her husband and is still not used to all this crazy snow. She has a MS in Marine Science and before she jumped into consulting she had a variety of jobs working with sharks, and then high school students, which are much like sharks. She has two children who keep her busy running from one sporting event to another, and her car carries snow scrapers and sand castle building toys at the same time. She is also busy in her local town government, serving on the Conservation Commission and the Planning Board for Goffstown.