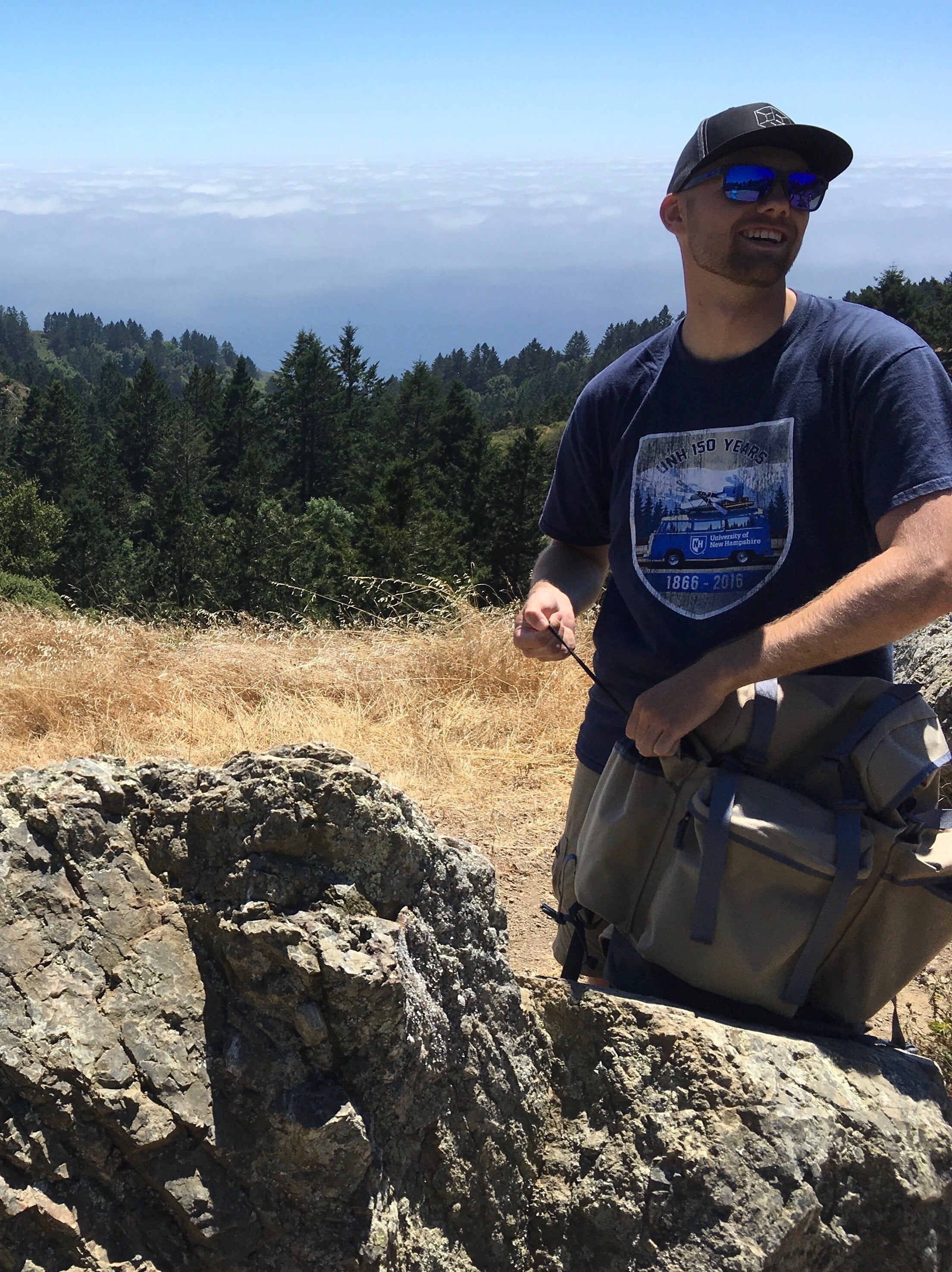 1.  What drew you to Hoyle, Tanner?
I saw Hoyle, Tanner as a place where I could learn from experienced engineers and have the opportunity to work on a variety of different projects that would not only challenge me but also keep me excited about what I do.
2. What’s something invaluable you’ve learned here?
This is probably always an answer from young engineers, but I’ve learned to never stop asking questions because there is always something new to learn from every situation.
3. What’s your favorite time of year to work at Hoyle, Tanner?
I’d have to say the summer, it’s when projects go into construction and there is usually a chance to get outside of the office.
4. What’s the coolest thing you are working on?
I’m working on some of the stormwater modeling and permitting process for a pier expansion in Portsmouth, New Hampshire. This pier in particular is known for the salt that is offloaded from cargo ships. The majority of the road salt used by the NHDOT comes through this pier.
5. What’s the best thing that’s happened to you so far this week?
The driveway to my house was paved, it was just a dirt and gravel lot before.
6. How many different states have you lived in?
Two so far, Massachusetts and New Hampshire.
7. If you could only eat one meal for the rest of your life what would it be?
I can’t pick just one thing but I’d have to say anything that is a Portuguese dish.
8. What kind of pet do you have and how did you choose to name it?
I don’t have a pet yet, but I’ve always wanted either a Husky or Black Lab. I don’t know what I’d name it, so if anyone has any suggestions let me know!
9. What is a fun or interesting fact about your hometown?
I grew up in a very small town in Massachusetts called Berkley, it’s about 40 minutes south of Boston. My hometown is named after an Irish philosopher George Berkeley, but when my town was officially incorporated it was misspelled as Berkley.
10. What are three things still left on your bucket list?
Run a marathon with my Mom, Pass my FE exam, Run in the Dipsea Trail race
11. Name three items you’d take with you to a desert island
A good book, a hammock, a discgolf basket (hopefully with some discs in it)
12. What characteristic do you admire most in others?
Honesty
13. How old is the oldest item in your closet?
A 1999 Mario Golf Gameboy game cartridge
14. Words to live by? Favorite quote?
“To give anything less than your best is to sacrifice the gift.” – Steve Prefontaine
15. What did you want to be when you were growing up?
I wanted to be an architect when I was growing up, I was really fascinated at some of the designs of the buildings I saw and how the architect considered how the building would fit into the surrounding area.
16. If you were to skydive from an airplane what would you think about on the way down?
I think I’d try to take in the view and savor the moment but other than that I think I’d be too terrified to think about anything in particular.