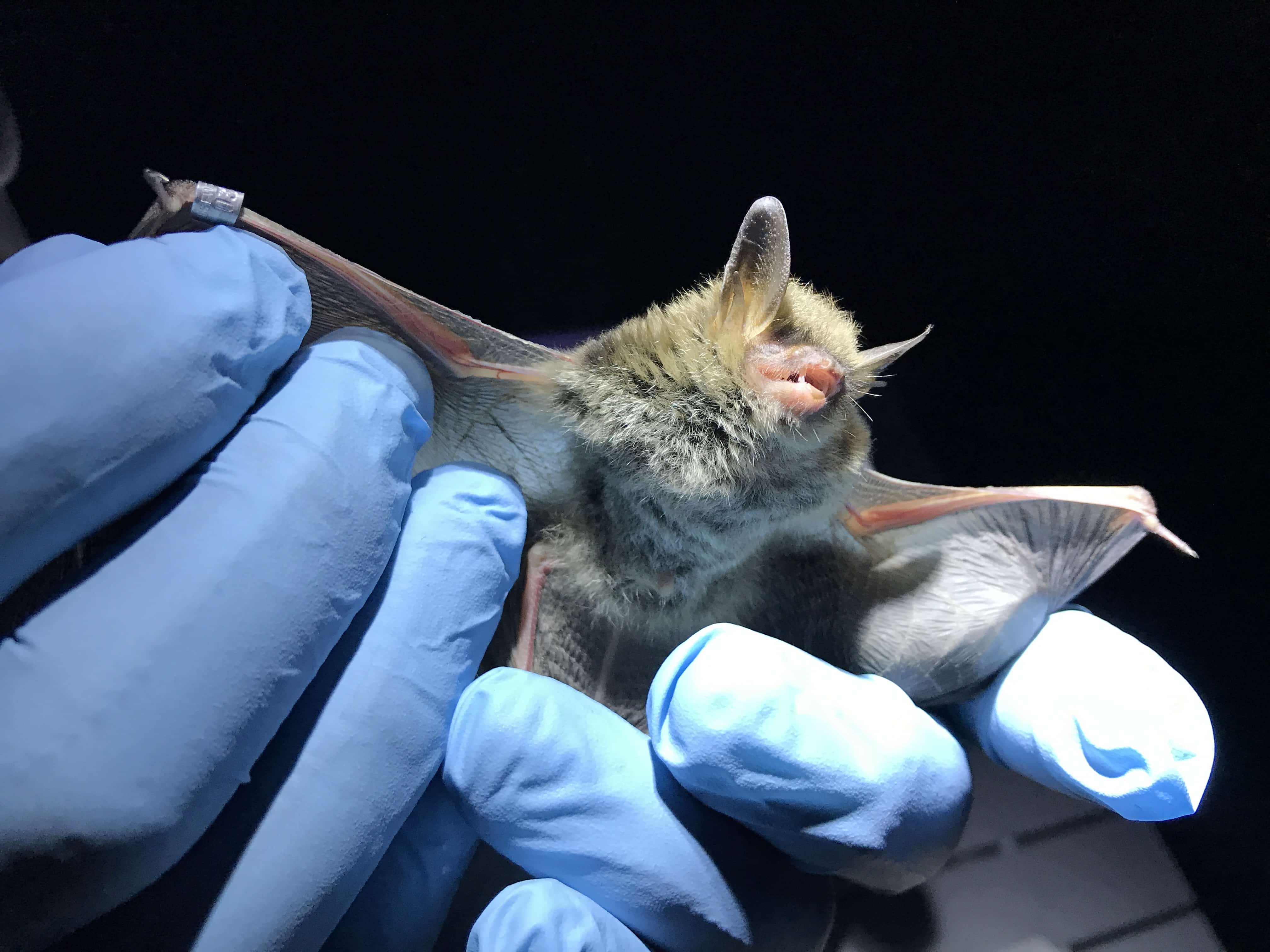 The United States has multiple federal laws and international treaties aimed to protect endangered species. Species conservation is a shared responsibility; our choices and actions are capable of making a difference for the better. As engineers, we at Hoyle, Tanner are committed to the protection of endangered and threatened species by working through strict permitting laws and utilizing environmental experts.

In 2015, the northern long eared bat received news coverage for becoming a threatened species under the Endangered Species Act (ESA). In 2016, it received a final 4(d) Rule, mandating that the species needs conservation help. Currently the main factor threatening these bats is a fungus called White Nose Syndrome, which is the disease responsible for a species decline of up to 99% in the Northeast.

During the winter months, the bats can be found hibernating in caves and mines with constant temperatures, high humidity and limited air flow as hibernacula. In the summer, the northern long eared bats preside primarily in the crevices of dead trees. At dusk they feed on moths, flies, leafhoppers, caddisflies, and beetles. A hibernating bat with White Nose Syndrome can be identified by white fungus on its muzzle, causing the animal to act strangely and often flying out of their hibernacula during the winter months. White Nose Syndrome is currently present in 25 of 37 states within the species range and there are indications that it will continue to spread.

White Nose Syndrome was first identified in New York in 2007 and has since been primarily responsible for the severe decline in species population. Steps in disease management have been taken by many government, non-government and university organizations to decrease the rate the disease is spread.

Since being listed as threatened on April 2, 2015, the northern long eared bat is federally protected under Section 7(a)(l) of the ESA, which requires federal agencies to use their authorities to conserve listed species. In June 2016, the Federal Highway, Railroad and Transit administrations completed a range wide consultation and conservation strategy for transportation construction and expansion projects. According to the article, “The programmatic biological opinion that resulted will help expedite the consultation process related to transportation projects and provide a consistent approach to conservation for the bats. The strategy includes:

How Can You Help?

We share the planet and the responsibility of being hospitable to other creatures. You don’t have to be an environmental specialist to help keep this disease from spreading. Here are a few things you can do:

Do Not Disturb: Cave and mine closures, advisories and regulations are there for a reason. Abide by them. By entering a cave or mine against security standards or recommendations, you could be risking the possibility of disturbing hibernating bats. Waking a hibernating bat can force it to use up valuable energy resources and in turn decrease its chances of surviving the winter. Furthermore, by entering a cave or mine without permission, you may be violating decontamination policies and exposing bats to White Nose Syndrome. Because we still do not know exactly how the disease is spread, you should never utilize clothing, footwear or equipment from an affected area in an unaffected area within the range

Save Dead Trees: A dead tree may be an eyesore compared to the rest of your beautiful yard, but before you cut it down, remember what could be depending on it for survival. Northern long eared bats are forest-dependent creatures that rely on different elements of forests to survive. By removing dead trees during a time when bats may be in the trees, you could be causing harm.

Build a Bat Box: Already cut the tree down? You can replace it with a bat box! By creating this backyard habitat, you are providing a safe and sound location for over 100 bats to roost. “Bat boxes are especially needed from April to August when females look for safe and quiet places to give birth and raise their pups.”

Tell Your Friends: Sometimes you can make the biggest impact by simply spreading the word. There are so many endangered species that need our protection and although a bat with unusually long ears isn’t as glamorous as a tiger or an elephant, it doesn’t make them any less important. Bats play a significant role in regulating the insect population and eliminating crop-destroying pests.

Many people do not understand the role they play in maintaining a healthy and balanced ecosystem. By spreading the word and telling people how they can do their part you will have a significant impact in the ongoing fight for the preservation of the northern long eared bat and endangered species as a whole. 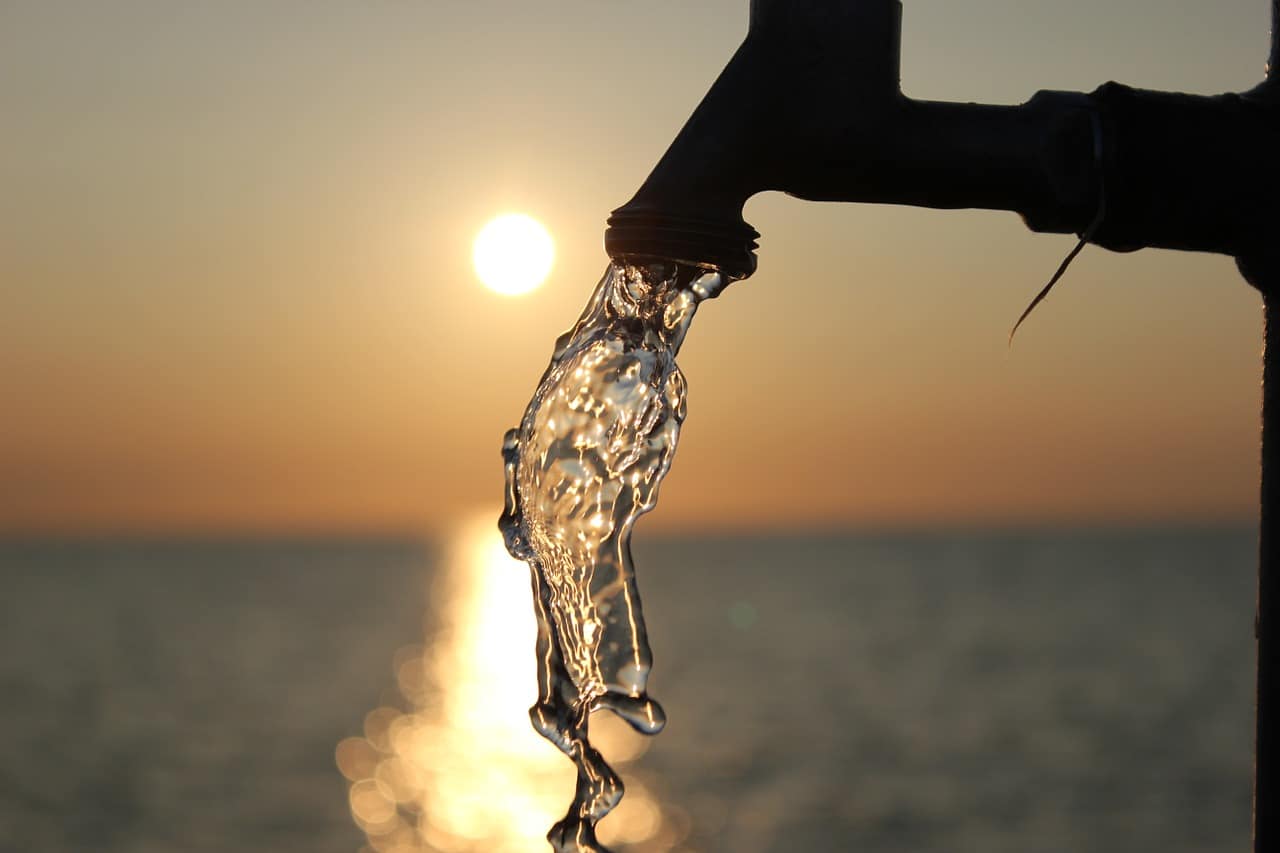 National Drinking Water Week is a time to celebrate and recognize the vital role water plays in our daily lives. For more than 40 years, the American Water Works Association (AWWA) has encouraged individuals in the community to take personal responsibility over conserving and maintaining clean drinking water.

Although the majority of the earth’s surface is covered in water, only 1% of it is accessible to drink. Here in the United States, we are blessed with access to some of the cleanest drinking water in the world, but we go through roughly 355 billion gallons of it a day. We need to increase our conservation efforts in order to preserve this vital natural resource for future generations.

In the hopes of spreading the word and doing our part to participate in National Drinking Water Week this year, we have gathered together a list of tips and tricks that can help you do your part to save more clean drinking water and support water infrastructure.

Get the lead out: Lead is a common and naturally occurring metal that is sometimes present in the pipes of older homes. In small amounts it is not necessarily toxic, however, continuous exposure can have harmful long term effects on the body, particularly in children and pregnant mothers. Due to it being both invisible and tasteless, the only way to find out if there is lead in your water is to get it professionally tested. That can cost between $20 to $100 dollars.

Don’t plan on getting your water tested? Flushing your tap water is a way to curb possible exposure to lead, especially if the tap has gone without use for an extended period of time. Flushing the tap gets rid of the water that has been standing in the pipes and ensures you only get water from the source where the chances of naturally occurring lead are extremely rare. A good measure for knowing when the water has been properly flushed is when the temperature goes cold, which could take anywhere between 10 seconds to three minutes. While lead can be removed by some home treatment devices, be weary of which product you use and if/how it has been certified. We suggest checking out NSF International, the Water Quality Association, and CSA International, all of which are organizations that certify products which eliminate contaminants. For further information on lead and how to ensure it is not present in your tap water at either your home or workplace, visit Drink Tap’s webpage or take advantage of one of these hotlines:

Fix those Leaks: Did you know the United States wastes one trillion gallons of water annually from household leaks that go unattended? The easiest way to participate in water conservation is to make sure you aren’t unknowingly wasting gallons of water every day. The best way to determine if you have a leak is to turn off all of your appliances that utilize water (i.e. dishwasher, laundry machine), faucets, and outside watering tools. Once you are sure that there is no water running in your home take a look at your water meter. If the flow indicator is still moving, then you probably have a leak. The two most likely culprits for leaks are either the toilets or faucets. The cheapest way to check to see if your toilet is leaking is to drop food coloring in the holding tank. From there, all you have to do is not flush the toilet and wait to see if the water in the bowl becomes colorful. If it does occur, you can confirm the leak. Leaks can be tricky. It can be hard to identify the cause and even harder to execute an easy fix. If you want to read more about the do’s and don’ts of finding and fixing a leak check out Drink Tap’s webpage.

Take Care of Your Pipes: Repeatedly flushing products such as wipes, facial tissues, paper towels, medications and the likes down the toilet can cause unnecessary issues in time. Maintaining lower water pressure is an easy way to lengthen the life of your pipes. High water pressure can easily lead to leaks, which we already know can be extremely wasteful, and be costly to fix. Another easy way to preserve your pipes is making sure you properly dispose of fats, oils, and grease. Throwing these waste products in your regular garbage once they solidify can prevent unwanted in-home sewer back up.

Invest in Infrastructure: Water infrastructure is an essential part of daily life. The North American drinking water network is four times longer than the National Highway System, measuring roughly one million miles long. Unfortunately, much of the current infrastructure has been in the ground for 75 years or more, meaning that it will need to be replaced within the next 25 years. If we do not begin to face the problem of water infrastructure, we will soon find ourselves in the middle of a crisis that threatens the public health and economic vitality of the entire nation. This responsibility cannot be tackled by the water utility companies alone. Replacing our water infrastructure requires a united effort by government, stakeholders and the public as a whole.

We often forget that drinking water is a natural resource that needs to be preserved and protected if we are to have continued access to it in the future because it is so easily accessible to us in the United States. Taking these necessary precautions and investing in the care and restoration of pipes are easy ways that you can participate in preserving the existing infrastructure for the future.